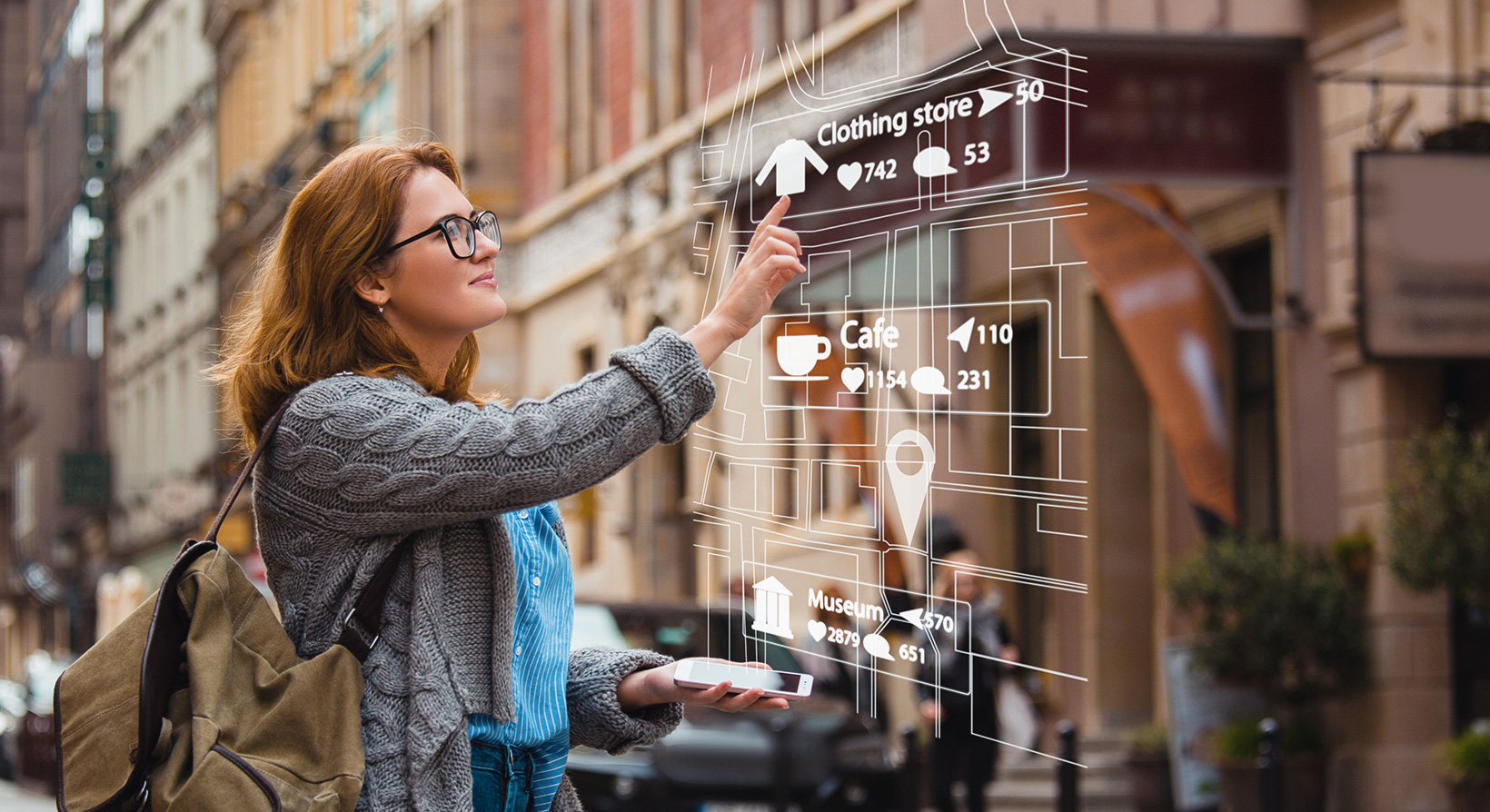 The XR and You Series: AR for Navigation

Think back to the first time you used a Global Positioning System. Was it about fifteen years ago? Did you have to purchase an expensive and inefficient stand-alone device? Or maybe you remember a friend or family member purchasing a GPS unit, and you thought to yourself that it was a gimmick or a fad.

Many consumers who adopted GPS technology early were outdoor enthusiasts and avid travellers. But in a matter of a few short years, we all came to rely on a GPS, be it in a smart phone or mounted on our dashboards.

So you won’t think it’s a stretch to start thinking of AR navigation claiming a place in our daily lives. Google Street view, for example, is one of the original AR programs that changed the way we looked at maps and sought directions. Earlier this year, Google Lens arrived and transformed the smartphone camera into a virtual encyclopedia of worldly knowledge powered by AR. Lens was also recently enabled in Google Assistant on all Pixel phones.

However, it’s the new generation of AR that’s really going to turn heads. Take ARCity from Blippar, for example. This app threads visual inertial odometry into a navigation tool resulting in more detailed directions and less chance of making a wrong turn. Whether you’re travelling for business or pleasure, wouldn’t you like to know what’s worth seeing and experiencing along the way? ARCity shows you not just where to walk, but what’s behind real world doors worth opening.

Another app worth looking at is WayRay, a holographic program that promotes itself as creating a game-like experience by projecting arrows onto the road. This app is smart enough to learn about driving and correct driver behaviour. Although we may be years away from the switch to self-driving cars, we could now be seeing the beginning of that transition.

AR will also take us off road and out of our vehicles, just as many of the first GPS products did. Hikers, campers, skiers, and anyone with an interest in safely managing a trip that ranges from community hiking trails to mountain peaks will find a product to guide them. Apps like ViewRanger and Spyglass take some of the risk (and none of the fun) out of adventuring off the beaten path.

Like traditional GPS technology, AR apps that direct and inform regarding locations, both urban and wild, will only be as effective as the data fed into them. But as these apps evolve (and compete) we expect to see ever more disruptive products that will continue to change the way we move through the world.

Stambol’s XR and You Series brings you a collection of snapshots of how Extended Reality technology is changing our lives.