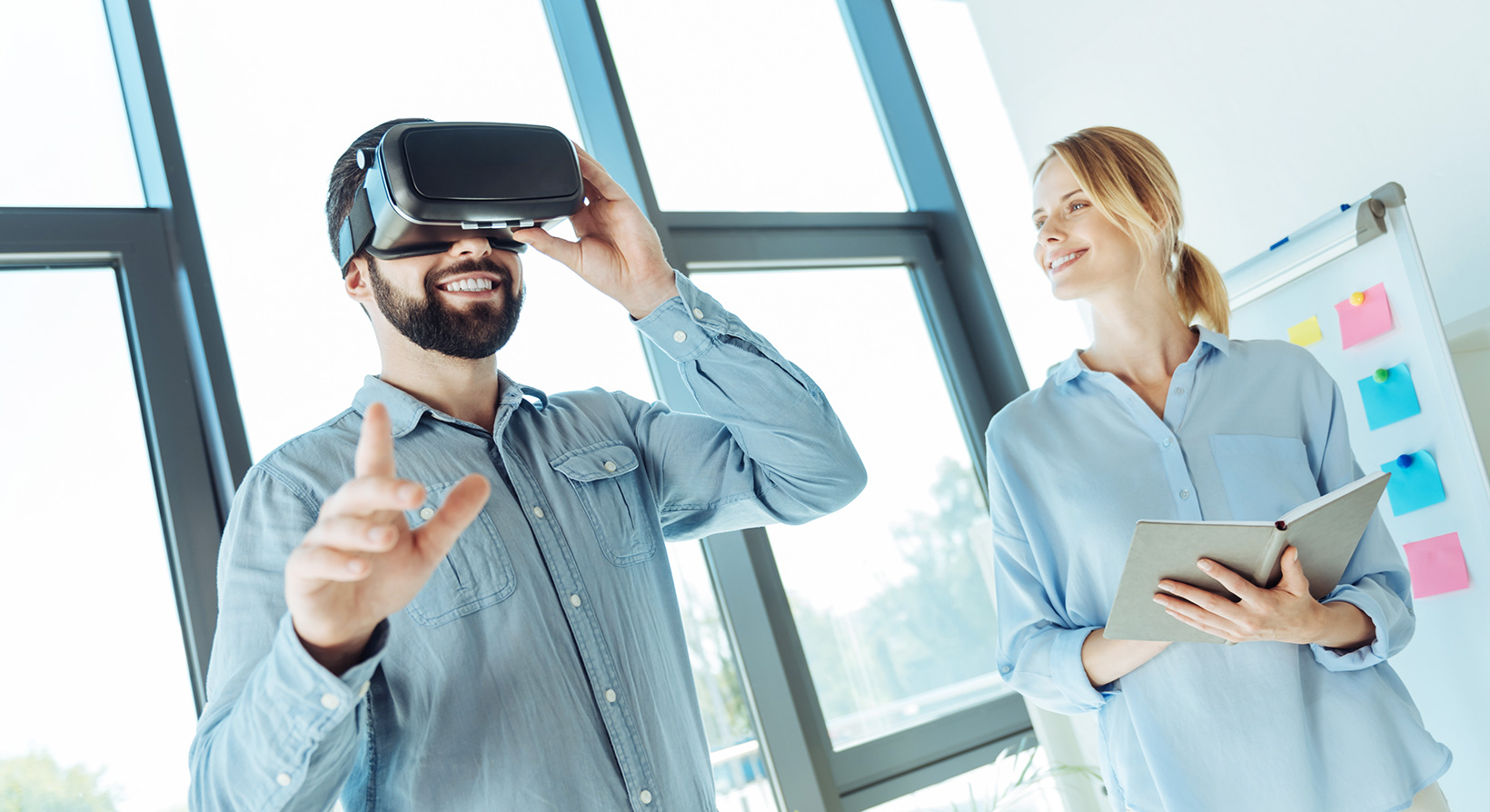 Taking a Risk with VR Pays Off

by Stambol
in Sales & Marketing
Comments

You just walked out of your CEO’s office and the butterflies in your stomach are still fluttering. Being called into a meeting with the CFO and CTO was bound to set your pulse racing.

You were the one to convince the leadership team to transition all your training programs to VR.

Now you get credit for the program’s success.

It started with a weird conversation at a chamber of commerce mixer downtown. Your college friend – who never takes risks – left her cushy corporate gig for a startup specializing in Marketing with VR/AR. Not the fun kind of Virtual Reality you see in movies. She put all her eggs in a fragile little basket housed by a third floor walk-up off the railyard district.

At first, your stomach sank. She’d be living with her parents again before the end of the year – and she wasn’t in her twenties anymore. It was a bold move, but in your experience, bold moves never paid off. You took her card and smiled. You’d snagged the title of Marketing Director before she’d even had one promotion. How could you tell your friend you weren’t interested in her new venture? Sure, she could call with a pitch.

And call she did. Several times until you stopped dodging her with fake urgent meetings.

You finally listened to her pitch and heard the winding story (again, but without the wine or bar noise) detailing why she’d left her job with a huge financial services company to multi-task for a startup.

She tried a former co-worker’s vacation simulation in a HTC Vive. She’d been expecting a pixelated, nausea-inducing, tacky generic beach. (You nodded as she spoke, because the one time you tried it with your phone at a buddy’s barbeque, you’d just about thrown up your potato salad while riding a cheesy roller coaster.) Instead of getting sick to low-tech graphics, she’d been transported. She walked through a tropical rainforest, parting tree branches and watching dewdrops fall until she reached a clifftop overlooking a lush canopy at sunset. She told you she’d changed her mind about the existence of magic.

You let out a breath. You’d been picturing the world from her story. Could VR be that incredible?

So you made arrangements to view her demo. (After work, of course, and on your own. You couldn’t drag one of your marketing managers along.) A walk through the rainforest after a day doing damage control from a prototype failure would be a nice little treat – but not much else.

Your friend had a couple of surprises ready to go.

First, the headset she handed you wasn’t feather-light, yet it was about the same as the smartphone-powered model you’d tried the year before at your friend’s barbecue. You’d heard cumbersome cords were involved, but this model was wireless. And comfortable. It was a device that had a professional look and feel.

Second, the demo was not what you expected either. Tingles danced across the back of your neck once she loaded the program and you found yourself in a private R&D hangar. Her studio had already worked with engineering firms like yours, so the experience she had loaded into the company Vive wasn’t an outdoor oasis; it was a trial run of a theoretical hybrid jet engine. Her disembodied voice directed you how to use the controls in your hands to fire up the engine yourself, pushing it to extreme tolerances in total safety. You understood what she meant about magic being real.

Taking the gear off and making eye contact with your friend was disarming; you knew she could see the unmasked reaction of awe on your face. She was pleased, but more so because she had a folder ready for you to take back to your CEO.

It wasn’t easy. The next day, after the novelty of testing a jet engine wore off, you didn’t feel as confident taking that folder to work. But you did it anyway.

The next week at the staff meeting, you pressed your CEO for thoughts in front of the rest of your leadership team. He didn’t look impressed. But he agreed to try the demo if it could travel to him.

A few months later, you were walking out of his office, knowing that taking a chance on something your gut told you was special had paid off in a huge way.

Your CEO ended the meeting saying that he wanted prototype testing as well as training done virtually. How much business could your friend handle?

You’re about to pick up the phone and find out.

At Stambol, we’re not only experts, we’re risk-takers just like you. We’ve built a successful business piece by piece. Once you start a conversation with us, we can help you use Extended Reality products to take your business to the next level too.