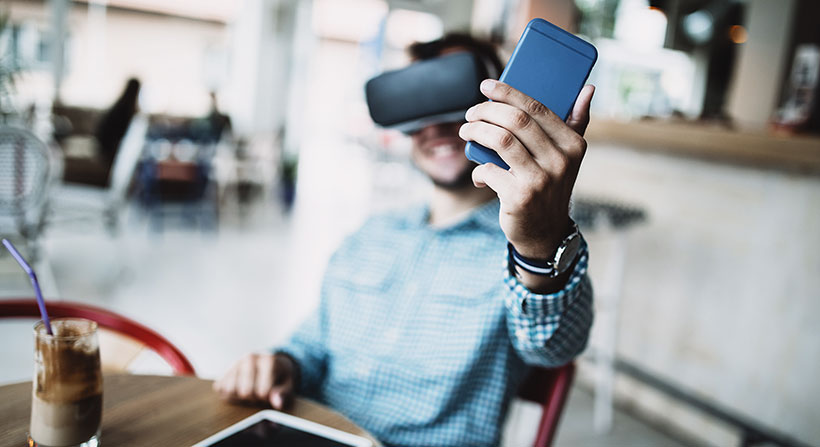 The democratization of Virtualities is a key step in the proliferation of these mediums. Web-based Virtual Reality – via WebVR and projects like it – will be an equalizer, cutting through brands, devices, operating systems, usability, and most importantly, financial resources.

It’s great to get excited about high-end VR and MR/XR experiences, but if few people will be able to interact, the conversation won’t be global; instead it will be localized to enthusiasts and experts. Virtuality tech might march forward at an amazing rate, but it can’t change the world unless billions of people come on board.

Regardless of the gear quality, getting users to download apps is a huge hurdle. Delivery of virtual experiences needs to be seamless, so the natural next step is to bring them to life on the web.

At Stambol, we support enabling as many people as possible to dive into virtual worlds, experiencing them in whichever ways they can and will. To this end, we’re thrilled to see and participate in development for VR that requires only a headset and a browser.

WebVR is gaining popularity and support, including frameworks like A-Frame, and clients like PlayCanvas, and Sketchfab. The API is already available in Firefox, Chrome, and Samsung browsers. And given Apple’s recent announcements, we expect to see WebVR supported in Safari on iOS soon as well. We think web-based experiences could crack Virtual Reality open to another global explosion in adoption.

Web-based AR – such as AR.js – could be equally transformative for the Virtuality world. At the moment, WebAR only works on Android, but expansion is only a matter of time. We also hope to see tools like Apple’s ARKit and Facebook’s AR Studio facilitating browser-based AR.

Android Instant Apps is another great example of how smart development will flow with user behaviour instead of against it. Enabling an audience to access VR and AR content without asking them to first download an app is a success we want to see spread broadly across multiple platforms, including iOS.

We wholeheartedly agree with Apple’s assertion that “technology is at its very best when it’s invisible” and we think this idea will endure as user standards for form and function continue to rise. After all, making iPhones and iPads easy to use was the obvious reason for their proliferation.

Virtualities need to be as effortless as they are fun to succeed in the long run. And Stambol experts are ready to make that success happen.