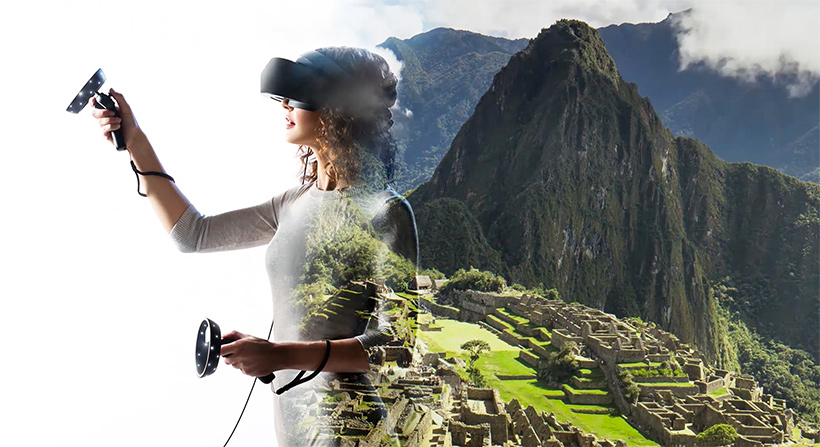 We’ve been talking about Mixed Reality (MR) quite a lot on the Stambol blog recently. And with good reason. MR is the next step for Virtualities, even if it felt out of reach for the average consumer. Until now.

We know Virtualities are here to stay, poised to transform our lives. But it’s sometimes hard to believe with terms like ‘facebrick’ floating around and a persistent mainstream disconnect with daily Virtuality use. To understand where this industry is going, we need to see the light at the end of the tunnel. And that light is a combination of software and hardware that makes immersive realities more amazing than the average person would believe.

Why will MR boom?

MR is the most advanced Virtuality to date and when achieved properly, is nothing short of ‘Magic’ in the eye of the beholder. This is tech that redefines your idea of being ‘with’ a person or being ‘in’ a place.

“Magic, to me, means an experience that you can’t explain. … I don’t know how that happened, but give me some more of that.”

We anticipate that Mixed Reality – or Extended Reality (XR) if you prefer – will be the next Virtuality boom for consumers and it could be here as early as 2018. Headsets such as the Microsoft Hololens have been available to developers and business customers for some years. Starting with commercial and educational applications, MR has been making its way through the corporate world, as in the Ford example we showed you last week.

How will MR boom?

If you’ve been following industry trends for the fall of 2017, you’ve heard about Samsung’s HMD Odyssey along with Microsoft’s acquisition of AltSpaceVR. Windows’ addition of the SteamVR catalogue to their “inside-out tracking” VR platform is another step towards widespread availability of immersive experiences.

It’s no coincidence that these announcements and product inventory came at the start of the 2017 holiday buying season. This is the beginning of MR’s transition from the workplace to the home for early adopters. Those real-world corporate examples of what MR has to offer will help sell the headsets and make this shift possible.

Where is MR headed?

Smartglasses have huge potential for Mixed Reality. One day soon a small and lightweight glasses product will elegantly blend virtual content into the real world. And when that product hits the consumer market, MR will take off in a way that makes the 2016 VR boom look like a ripple in the tech world. If your business puts the pieces in place beforehand, you could be standing on the top of that wave.

Ask the Stambol team how MR works and what it can do for your business.