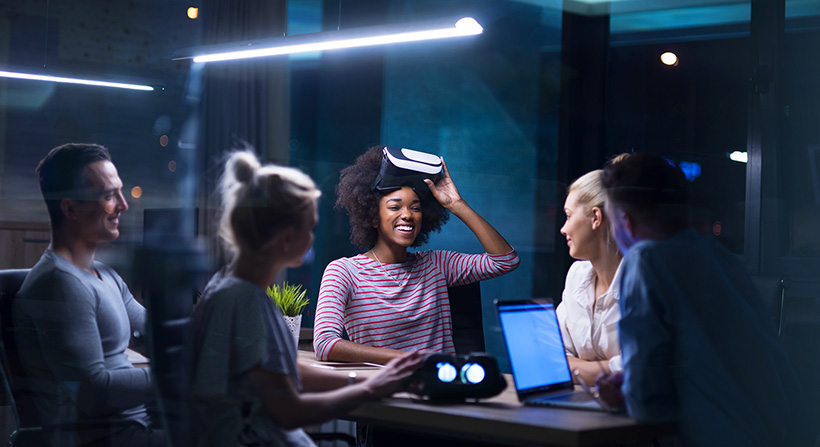 The so-called second wave of Virtual Reality has quickly taken a prominent place in both tech culture and popular culture. VR specifically, as opposed to the growing family of Virtualities, is the oldest form of immersive technology. As VR has been around the longest, we see the most ingrained opinions, some of which are unfounded. Today we’re taking a look at commonly held beliefs floating around about contemporary VR.

1. Users become nauseous after a few minutes inside

A recent intersection of VR in tech and pop culture happened on HBO’s Silicon Valley. Pied Piper CEO Richard Hendricks tries a VR prototype and promptly throws up. Fans of the show know that the Hendricks character is notoriously physically fragile, but the scene illustrates a real problem for a small number of users. It’s worth noting that later in the show, using the Pied Piper compression algorithm, the VR prototype becomes amazing, no longer causing illness and getting two PP staffers obsessed with using it.

Related to the example above, users truly impressed by VR environments and experiences will want to return frequently. However, there is no evidence that using VR for gaming or entertainment is no more or less addictive than other video games or media viewing.

Although the most accessible high-end VR devices currently require cables to remain connected or ‘tethered’ to desktops, there are growing numbers of applications designed with fitness in mind. Read our post Literally Fit with Virtual Reality for examples.

4. Graphics are chunky and cheesy

While VR content does vary widely in the quality of both imagery and usability, misconceptions about graphics quality persist mostly with the uninitiated. Anyone who had a VR experience predating the turn of the century. VR games saw an uptick in popularity between 1990 and 1995, during which time graphics technology was not sophisticated enough to produce realistic imagery.

5. The gear is too heavy and uncomfortable to wear

Current VR gear, whether it requires a phone or a tether to a desktop, does have a noticeable presence on the head. Yet, almost every headset on the market is designed for maximum adjustability. And each fresh iteration of a product has more padding and ergonomic design than the last. User preferences will ultimately vary, but we see discomfort being addressed far too deeply to remain an issue for even the most sensitive individual.

6. VR is really only for gamers and geeks

Complete immersion in a virtual world will continue to be heavily embraced by advanced video game consumers. However, the explosion in availability of content and accessibility of gear has seen adoption in corporate HR and real estate sales as well as personal ownership for movies, concerts, and virtual travel. Education through VR is booming as well.

7. It’s all a fad and will be gone next year

Dismissing VR, or worse yet, Virtualities as a whole, as a fad that will blow over is simply an oversight of grand proportions. Obviously, this blog is a biased opinion, but when you have the biggest brands in technology (and arguably, the entire world) devoting massive resources to a product area, it’s not going away any time soon.

Stambol is excited about the future of VR, AR, XR experiences. Stay tuned here on our blog for more insights and enthusiasm as these technologies evolve.