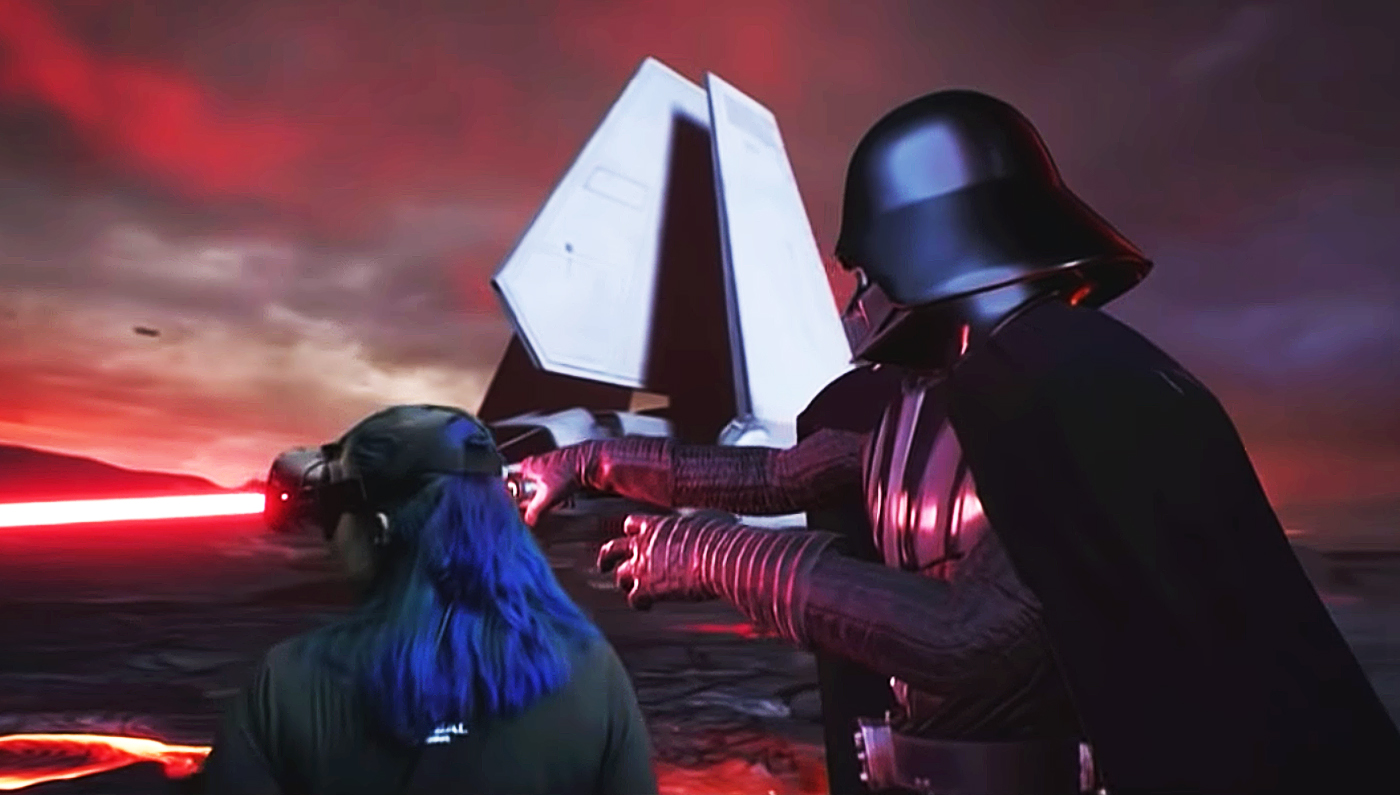 How often do we watch visual media to imagine how our lives could be different?

For most of us, the answer is … daily.

Have you ever wondered what it would be like to star in a movie or television show?

Be honest … you’ve done it.

So now that we have interactive immersive stories that make choose-your-own-adventure books look like ancient relics, it’s a brave new world. Changing the way we engage with stories means that creators have to completely reinvent the way stories are crafted from moment one.

Regardless of the label we use – movies, series, games – creators have the potential to bring vivid worlds to life that can be more than simply seen, heard, and felt. And it’s the users that will give meaning to the events inside those worlds.

Immersion Must be Interactive

The novelty of feeling present in a virtual world lasts varying amounts of time for each person. But make no mistake, it will wear off. How do you keep an audience coming back for more? Story, of course.

Participants who get to be someone else, live an adventure, and use imagination to craft an original outcome are far more likely to stay engaged.

If the story is strong, users will forgive barriers like imperfect graphics and sluggish haptics. The need to uncover a truth or fulfill a mission can transcend rationality and help achieve suspension of disbelief.

We need storytellers that respect and admire their audiences enough to place each and every one of them in the role of protagonist.

When the band Queen (who had long written directly for their audience) discovered that involving them in their performances created an even more compelling event, they stumbled upon the potential of interactive media.

Decades later, with VR and AR becoming viable forms of entertainment, it was inevitable that we would see the very nature of story itself morph and evolve.

Casting your viewer as your main character is tricky for several reasons. First, we have the fact that so many creators draw on their own personalities to craft characters. Those characters engage in a plot that is either a symbolic or literal representation of something important to the author. In XR, what the author cares about becomes far less critical.

The idea of beginning, middle, and end may become elastic as well. When a user is in control of where the story goes, she or he may elect to play around, retrace steps, and revisit places to exert the sheer thrill of being in control. Interesting stories will account for this behaviour and present fresh material instead of empty corridors.

Finally, and most importantly, dynamic content is the biggest logistical challenge in crafting a story that responds to viewer input. An experience that seamlessly, effortlessly reacts to a vast myriad of choices, yet directs the user down a cohesive and rewarding path is extremely complex.

Do you offer multiple outcomes? Is your viewer accountable for his or her actions? Or will you offer a gratifying ride that tells the same story regardless of input?

Creators and viewers will be in a partnership to answer these questions as the very idea of what – and who – makes up a story continues to evolve within the seemingly endless boundaries of XR.

Stambol futurists are energized by opportunities to talk about Extended Reality’s current and future role in media and culture. Reach out to us if you’re curious about how XR technology – and the right creative partner – can thread magic into the fibres of your business.